Kovalam: A wedding is one of the most memorable event in any couple’s life and when the celebration has to be a very special one if the couple have come together despite being from different parts of the world.

For Nikhil Pawar from Maharashtra and Eunika Pogran from Slovakia, it became a significant day as they literally took a plunge into married life by getting married under the Arabian Sea near Kovalam in Kerala.

Nikhil is a diving instructor in Kovalam and met Eunika there, and the idea to have an underwater marriage came naturally to him. Nikhil’s friend stepped in as the minister as the wedding was carried out as per Christian rituals. 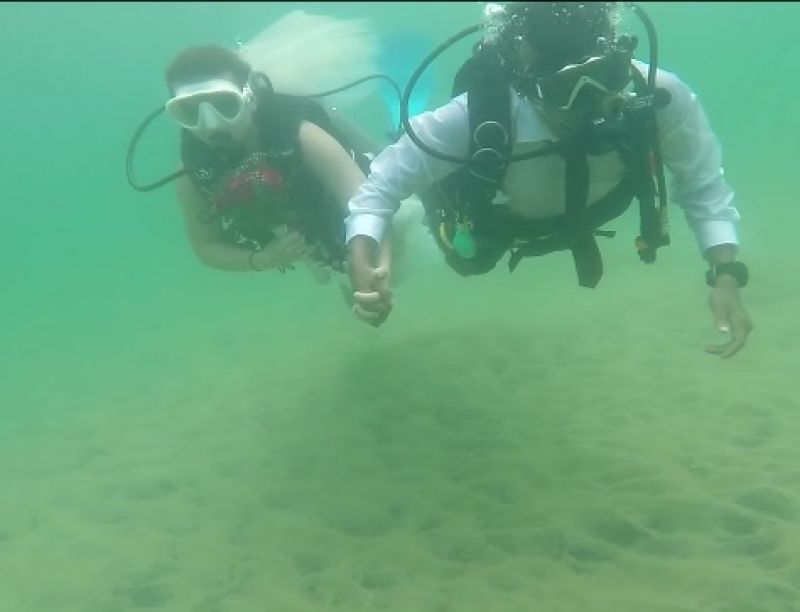 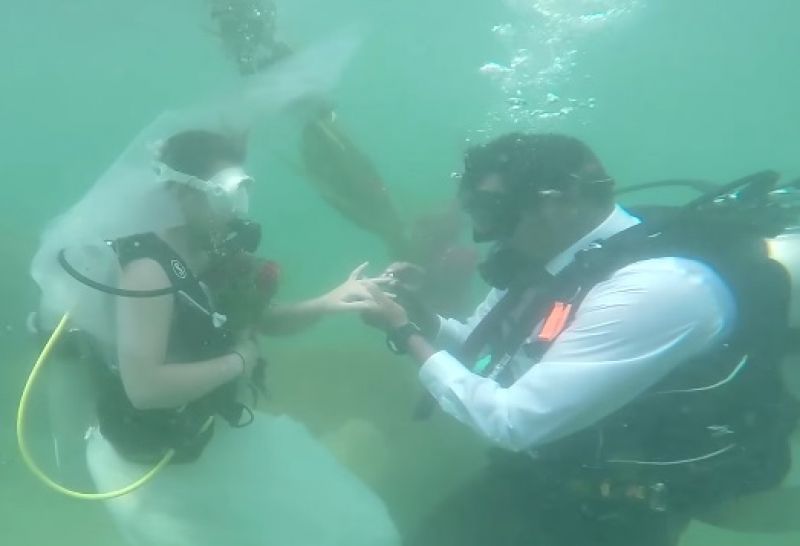 The wedding lasting one and a half hours was organised by Bond Ocean Safari, where Nikhil works as an instructor, and is the first underwater wedding held in the sea. 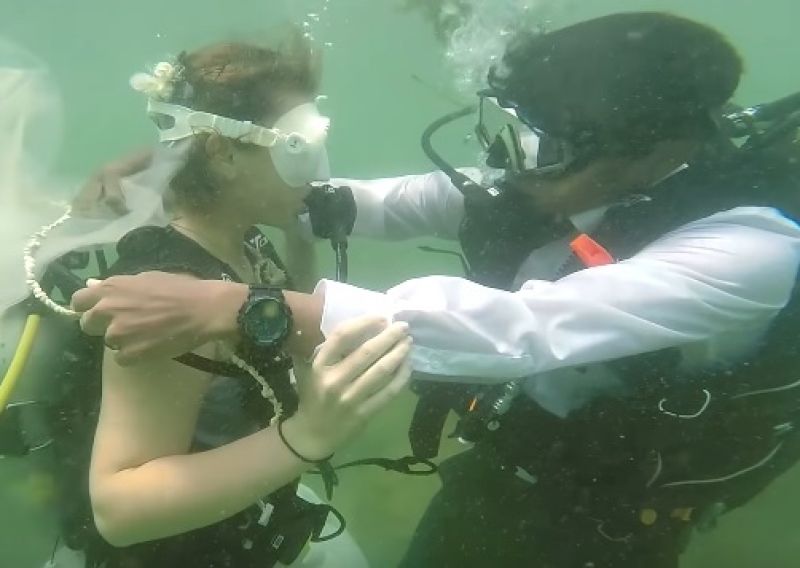 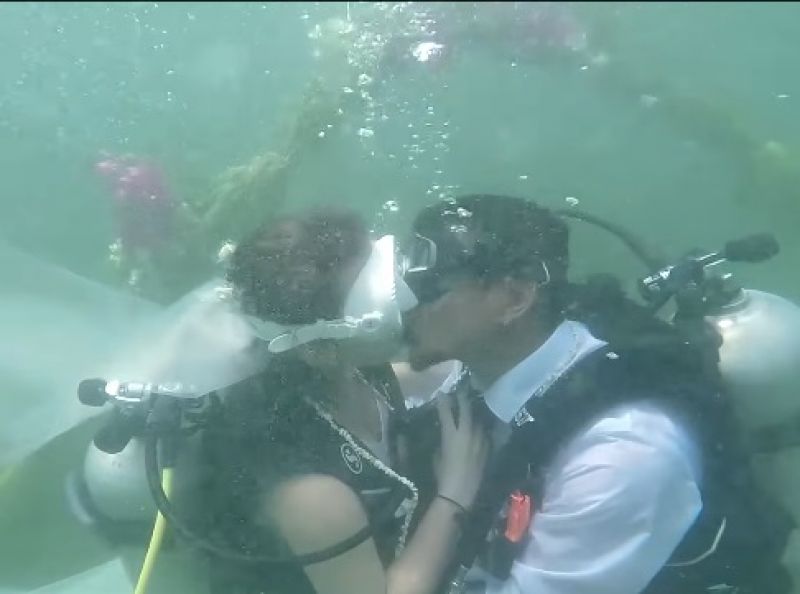 The bride and groom took their vows by holding up placards and when the minister held up a placard reading “you may kiss the bride” the couple removed mouthpieces and kissed underwater. Nikhil also proposed to Eunika under water on a routine dive by hiding a placard that read, “Will you marry me?”.

The couple underwent two days of training for the wedding and the party was held on a wooden platform above the surface.